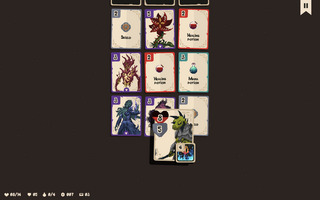 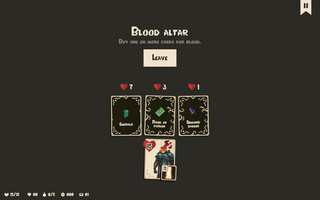 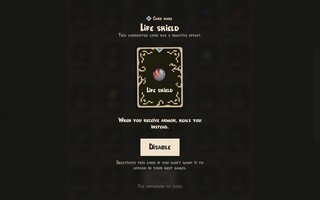 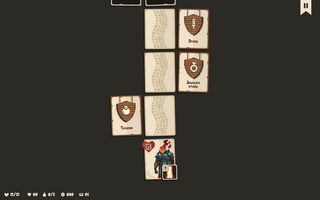 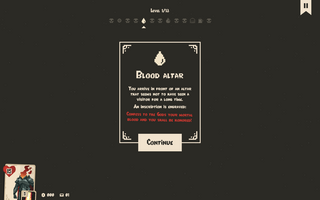 I am very pleased to announce the upcoming release of my game FORWARD: Escape the Fold! The development took longer than planned (this is for the best!), so I am grateful to at last be able to write to you this devlog.

First things first, you can wishlist the game on Steam if you’re interested : https://store.steampowered.com/app/1766390

The development had many ups and downs which I’d like to detail here for you.

Over 2 years ago, I participated in the 7DRL game jam (2019 edition) with Forward which was well received. I was on my own for the project and I was so happy to read all these players’ comments on the game ; I was meticulous in writing down all the feedback for a potential future commercial release. Having some spare time during the pandemic, I decided it was time to work on the complete version of Forward, FORWARD: Escape the fold. I developed the new game from scratch and by early 2021, a first playable version was ready. Some friends and family got to try the game and they liked it !

One of the folks at Asylum Labs tried the game and offered to publish it. At first, I am not going to lie, I was nervous but in retrospect it was the best decision to accept their help. They helped me by financing the music, the sound effects, the translation, the trailers, communications, etc… whilst allowing me total freedom on the game ! I was free to do whatever I wanted with my game which is definitely not something most publishers are willing to allow.

With the added help, I got back to developing the game to integrate these new features such as music, a more pronounced narration but also more game modes and much more content !

The final game borrows many of the original concepts from the Game Jam but introduces many new layers of content.

The game will be available on Steam (PC, Mac & Linux) in the first semester of 2022 in English & French. I am also planning to release an iOS and Android version later on.

Lastly, for whoever made it this far, I want to organize a beta testing session in the upcoming weeks to get some more feedback on the current build. If you’d like to participate you can shoot me an email (contact@twotinydice.com) or you can DM me on Twitter (@twotinydice).

Forward really was the little gem of that 7DRL ! I'm glad you took the opportunity to go commercial, it's a daunting task ! So congratulations for getting this far. I didn't see mention of a release on itch though. Do you have some kind of exclusivity deal ?

I am most likely going to release to Itch but I am still figuring out what I will add to the Itch release as Itch has a special spot in my heart. What do you recommend ?

I don't know, having a version itch is already a great gift in my opinion ! If you really want to add something, maybe an easter egg in the game ? If it's too hard to maintain different versions, just add a readme.txt with a specific message ? Reminding players how you started on itch or something ? Even a picture of you/your dog/your cat would be nice. Makes it more personal :)

If you keep making a HTML5 version, that could sit nicely on itch.io (would be a good alternative to me since there seem to be only Win/Mac Versions on Steam) - or do you plan a Linux build as well and I just missed it?

I am planning on also releasing the game for Linux :) still figuring out the details at the moment

Been waiting for this to happen!! Insta-wishlisted, gonna count down the days now - you can count on me purchasing it on day 1 :D

Oh that’s so cool ! I’m sure you’ll like the complete version it brings a lot more variety to the game !

Adding myself to the chorus, that's great news! Can't wait to see the expanded version and wishing you all the best with development.

If you manage to keep the simplicity and straightforward (pun intended!) nature of this version while expanding upon it, you'll have a hit, I'm sure :)

Thank you ! I kept what made the Itch version fun and expanded on it ! Thank you for the support :)

This is great news! Especially with the Linux build - this should make a nice little roguelite for the Steam Deck if it’s easily controlled with a few buttons! I too have kept coming back to the original game from time to time for a quick session, so it’s going straight to the wishlist!

Congratulations on finding a publisher and making it this far!

Mistake fixed ! Thank you for your support, I’ll be showing more gameplay soon and I hope you’ll like it !

Great! I was playing this very often and i'm happy to know that your game (and you  of course :) got this far! I'm excited for the release.

I appreciate your support ! The final game is unlikely to disappoint you, I’ve expanded a lot on the original material :)